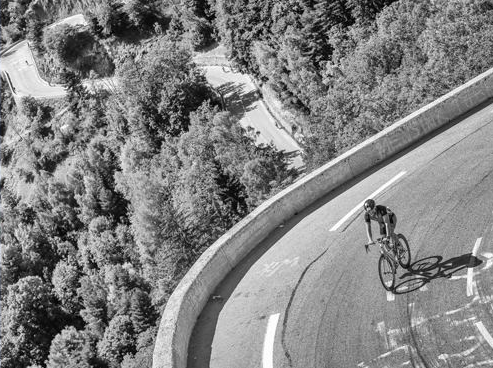 The Alpe d’Huez and Mont Ventoux climbs are the most famous ones in France, and maybe in the world too. Both are the final step to the cycling part of long distance triathlons : the TIME Triathlon de l’Alpe d’Huez and the VENTOUXMAN.

Which one of these two is really the most reachable, and the toughest ?
We care about your opinion.
Here is ours :
➡️  Swim part :
The first point go to the Ventouxman (2km in Lapalud’s Lake, versus 2.2km in the Lake of Verney). The water is always warmer in Lapalud than in the EDF water reserve of Verney, filled by montain torrents.
But be careful : if the temperature of the water in Lapalud is above 24.5°, you won’t be allowed to wear a swimsuit.
➡️  Running part :
Here again the Ventouxman is taking a little advantage, despite 50 more meters of climb than in l’Alpe d’Huez. 20km around the Station of Mont Serein at the altitude of 1450 meters, versus 21.9km in l’Alpe d’Huez at the altitude of 1850 meters. The proportion of road/track is similar for both courses.
➡️  Cycling part :
If the climb of the Ventoux by Bédoin is longer and harder than the famous 21 turns of l’Alpe d’Huez (at least 30 more minutes of climbing), the cycling course of the Alpe d’Huez triathlon is overall most difficult with two real passes as you will have to climb the Alpe du Grand Serre and the Ornon pass, meaning 900m D+ and 25km more than the Ventouxman.
But take care about wind and warmness that can make the climb much longer than it looks at the Ventoux, even if the cycling part is here “just” 90km and two little climbs after the 45k and 55k.
If the cycling part is not your favorite one, you’ll be more comfortable on the Ventouxman than the Alpe d’Huez.
To conclude, the Alpe d’Huez triathlon, older and most famous, can be considered as a bit more demanding than is “little brother” the Ventouxman.
But the perfect way to make your own opinion is to run both in a row, they are separated by 50 days !