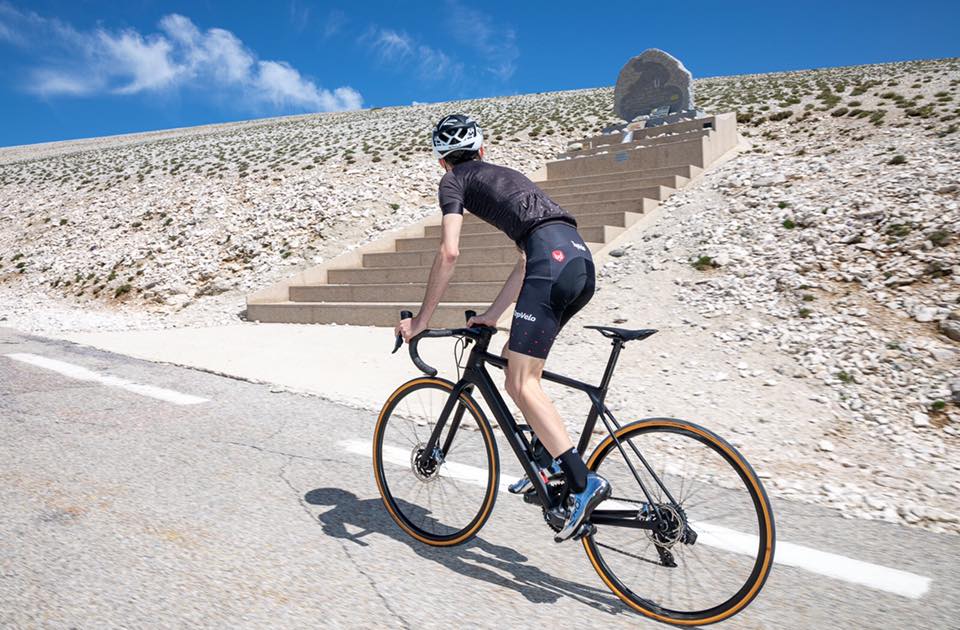 *** VENTOUXMAN 2020 ***
Stele loving you!
During your mythical climb of Ventoux, spent a slight respite before the chalet Reynard, you will reconnect with severe ramps for the last 6 km.
Keep a little under the pedal for this ultimate stretch, which discourages many cyclists, especially when the wind is in the Col des storms!
The summit pops up in the distance with its famous radio-broadcast antenna. It still seems impossible, still showing this far, turn after turn. This part of the climb is particularly impressive and moving.
2.5 kilometers from the summit stands the famous stele in tribute to Tom Simpson, the English runner who died here from a heart attack during the Tour de France 1967.
Extreme fatigue, suffocating heat (35 ℃), effort intensity, dehydration (running supplies are not allowed), and taking of illegal drugs are the main factors leading to Tom Simpson’s discomfort and fainting. He was in the helicopter that evacuated him to Avignon. This drama had the effect of an electroshock in cycling and will trigger the war on doping. Starting in 1968, anti-doping checks are carried out at the arrival of each stage and running supplies will now be allowed.
You, too, come and conquer your share of myth!
➡ Registrations: https://www.sport16.fr/ventouxman2020/fb/select_competition